Astra Agency Bundle Overview: I Settled For It and Here’s Why You Should Too

"I've finally settled for Astra's Agency Bundle and here's why you should too. I have shared an overview of the bundle with all the experiences I've gained during the switch."

DigitalKube is powered by Astra now!

If you are a regular reader of this site, you know I wasn’t always using Astra.

Before starting with my story, let’s know a little bit about my past experience with WordPress themes.

I’ve switched between thousands of themes ever since I’ve started using WordPress.

I literally changed my site’s theme daily in the initial days, but then I found the Genesis Framework by StudioPress.

I used Genesis for about 5 years and loved the theme. For me, it was a revolutionary theme that no other theme in the market could challenge.

You can build anything with Genesis, but the problem was that you need to know how to code.

There are tons of tutorials available on the web for free, but it can take hours to get a simple custom thing done with Genesis if you don’t have any idea about hooks and PHP.

With the inception of page builders, Genesis seemed to be lacking behind.

These days, page builders like Elementor, Beaver Builder, and Brizy, etc., have made our lives easier.

You can build any kind of site in a couple of hours without any knowledge of coding.

Life never stops, and changes are inevitable. I needed more flexibility to customize my WordPress site, so I had to make a switch.

It was 2019, and I needed a new WordPress theme to embrace the power of page builders.

I needed a theme that could fully integrate with page builders with no compromise in speed.

For page builder, I chose Elementor, and for the theme, I chose GeneratePress.

I immediately fell in love with GeneratePress. It took the crown that I once gave to the Genesis Framework.

Before making the switch, I actually had two choices after hours of shortlisting:

NOTE: If you’re considering GeneratePress because of its cheaper price tag, then you need to reconsider. They have recently raised their prices from $49.95/year to $59/year. Also, there is no renewal discount for new purchases. You can see more details about their pricing changes here.

I won’t go much deeper into Astra vs. GeneratePress comparison in this post. I have a separate post lined up for that.

As I was saying, I bought GeneratePress and Elementor, and to be honest, the combination is pure lethal.

I can go on and on about the power of the GeneratePress and Elementor when clubbed together.

But truly, words couldn’t describe how overwhelmed I was when I first tried both of them together.

It was nothing like I’ve ever seen before. I read reviews about the capabilities of Elementor but trying it in real was a different level of experience for me.

I had no complaints with GeneratePress + Elementor Pro.

Then why did I switch to Astra and made the combo Astra + Elementor Pro?

Was there anything wrong with GeneratePress?

To be honest, no!

GeneratePress is flawless as it always was. It’s just I needed more features that GeneratePress couldn’t offer.

If we compare Astra and GeneratePress head to head, then both the themes are almost similar in terms of features.

But in some departments, Astra will always beat GeneratePress, which I will cover in my comparison.

Also, GeneratePress lacks an ecosystem that Astra and other themes like Thrive have.

They have recently introduced a GenerateBlocks plugin, which is equivalent to Astra’s own Gutenberg Blocks plugin.

Other than that, they have no major plugins. They do have some plugins for small tasks, though.

On the other hand, Brainstorm Force, the company behind Astra, has tons of free plugins that add major to minor features to your site.

The great thing is that their plugins are not exclusive to their Astra theme only. You can actually use most of them with other themes as well.

Some of these notable plugins are:

And tons of other plugins as well that they have created and even contributed to some.

As you can see, I’m either using some of the plugins, used some in the past, and even planning to use some in the future.

If Brainstorm Force didn’t create these plugins, I would either be looking for their alternatives or still struggling with the functionalities my sites would be missing.

But these are only free plugins. The actual ecosystem starts with the Agency Bundle of Astra.

It wouldn’t be unfair to say that the Agency Bundle is the reason I switched to Astra.

The bundle has plugins that bring major features to your site.

The plugins offered in Agency Bundle are so precious, powerful, and useful that if you buy their alternatives individually, you’ll have to spend hundreds of dollars every year.

While with Astra’s Agency Bundle, you only pay once! Or get their yearly plan for an affordable price tag.

Now, if you club the pricing of all the alternatives, you can expect this:

or if you go entirely for yearly plans, then expect this pricing:

Now, if we take a look at Astra, then the Agency Bundle costs a one-time payment of $699.

Or you can go with their yearly plan for only $249.

Below are some of the benefits you will get if you choose the Astra Agency Bundle as compared to other products:

For me, the two most important plugins in Agency Bundle are Convert Pro and Schema Pro.

Schema Pro is such a lifesaver. I’ve never seen any schema plugin for WordPress this powerful and intuitive.

If we talk about Convert Pro, then there are services like OptinMonster that can charge you at least $300+ per year.

While Convert Pro is free for you if you buy the Agency Bundle.

One thing to note here is that everything that comes with the Agency Bundle is not cheap individually.

Below I’m sharing the individual price of all the products that come with the bundle:

This clearly shows that the Agency Bundle is 56% cheaper than the combined price of everything it offers. Plus, the Skilljet academy access is exclusive to it.

Changing a WordPress theme is no easy thing. You’ve to spend days to recreate the entire site.

But since I’ve used Elementor to build this site, changing the theme didn’t take more than a few hours.

Astra seamlessly integrates with Elementor. Only the changes on the theme level took some time.

So, how wasn’t the transition smooth?

As I mentioned above, I love GeneratePress’s approach to provide support. They have a public forum.

That means there are huge chances that the problem you’re having must have already been solved for someone else before.

So, most of the time, I just searched their forum for the problem and its solution.

If I didn’t find any similar topic, then I made this Google search:

This query showed the topic with the solution most of the time. In case the same topic doesn’t exist, you just create a new thread, and their support answers your query within a couple of hours.

There were times when I got my issue resolved within 10 minutes.

But Brainstorm Force has a different approach to providing support. They offer support by email—no trackable ticketing system or forum.

For me, that was the biggest drawback. But I had to give it a try myself.

Sujay Pawar, CEO of Brainstorm Force, is a true gentleman. He provided me access to Astra Pro in mid-2019 to review his product. But due to time constraints and other projects, I couldn’t post a review.

But it was the perfect opportunity for me to test their support system.

I dropped them an email with my issue before Black Friday. While their autoresponder mentioned that I will receive a reply within 24 hours, I didn’t receive any response in more than 48 hours.

Basically, what I feared the most became true. Support from my theme developer matters for me the most because I am not a coder. I need assistance if anything is broken or not working as it should.

I had several doubts in mind before making my purchase, but I couldn’t let a late response be a deciding factor in such a large investment.

I dropped a message to Sujay directly on Facebook. I dropped him a miles long text with all of my doubts. I can’t share the entire text, but trust me, it was really long.

He answered all parts of my message, as you can see below. That was really assuring.

Surprisingly, he answered every single thing I asked him. It easily took half an hour, but he was replying promptly. I highly appreciate that.

I even showed concern about the email to which I didn’t receive a reply, and he told me that it was rare and customers receive a response within 24 hours, even on weekends.

I understand, no system is perfect. My email must have slipped through the cracks, considering it was the peak time of Black Friday when web companies work overtime to provide support to everyone.

To this day, the same thing never happened again. I’ve contacted their support multiple times and received a reply within a couple of hours.

How much does Astra Agency Bundle cost?

On how many sites can I use Astra & Agency Bundle plugins?

You can use all of the products in Agency Bundle on an unlimited number of sites. There’s no restriction.

Before switching to Astra, I tried both GeneratePress and Astra. As someone who has tried both, I will say that there are no major differences between the themes.

Both themes are light-weight, SEO optimized, support page-builders, and easy to use.

For me personally, what made Astra better than GeneratePress is its ecosystem.

GeneratePress is building it up gradually, but Brainstorm Force is already there.

So, what do you guys think? Which theme do you use? If you have used Astra or Agency Bundle, what’s your review? Use the comments section below to share your views. 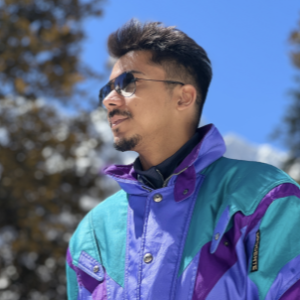 Ritesh Saini
I’m a Professional Blogger & Internet Marketer living in India. Started my blogging and online marketing journey in 2013 when I was just 18 years old. You can see my work here on this blog and at criticecho.com How to Set Up Google Analytics Events Tracking in WordPress 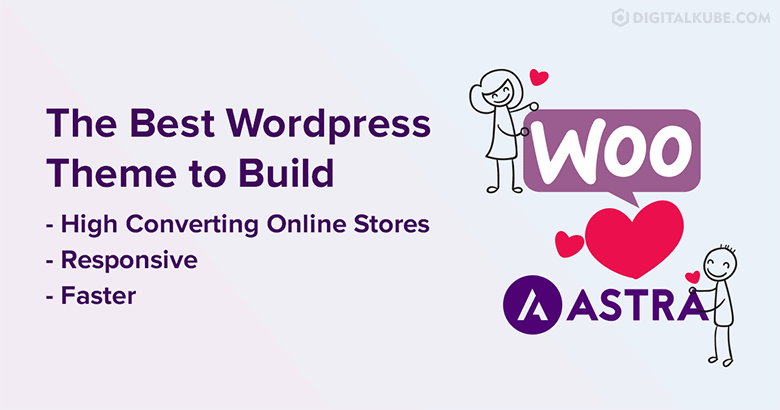 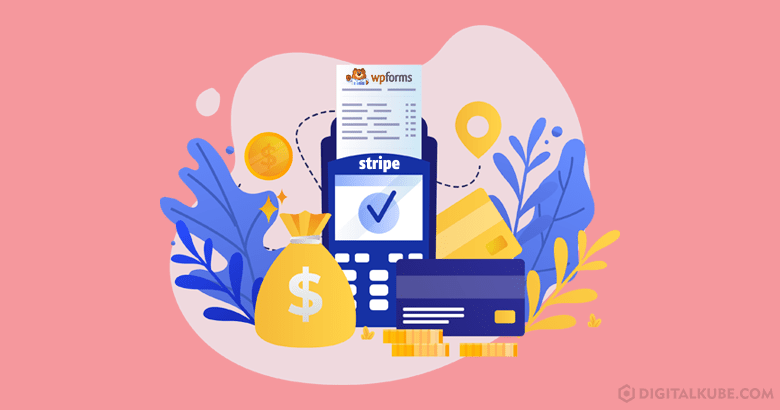 WPForms Helps You With Recurring Payments [Here’s How]

This site uses Akismet to reduce spam. Learn how your comment data is processed. 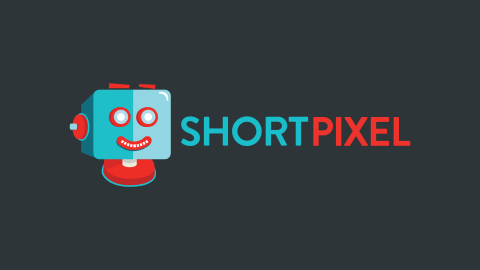 50% Extra Credits
ShortPixel Coupon
Use our exclusive ShortPixel deal and get 50% extra credits on your purchase of one-time credits.
Go to the deal $59 for Lifetime
Get PeerBoard for Lifetime @ $59 ONLY!
PeerBoard lets you create Reddit style forums with ease. It is self-hosted and requires no technical expertise. Grab this lifetime deal before it's gone forever.
Go to the deal 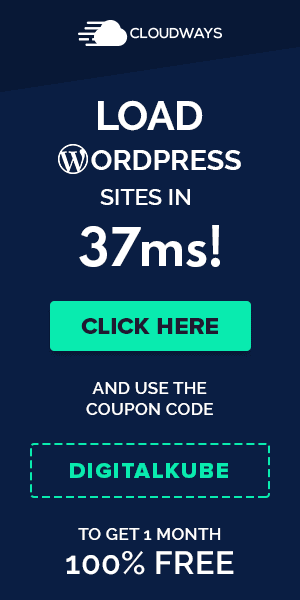 DigitalKube covers all the latest and updated information regarding SEO and blogging that actually work and help you make a living online. Know more about us.

Share via
Astra Agency Bundle Overview: I Settled For It and Here\'s Why You Should Too
https://www.digitalkube.com/astra-agency-bundle/
Scroll to Top
Send this to a friend